You are here: Home / Europe / French president in Algeria to discuss terrorism 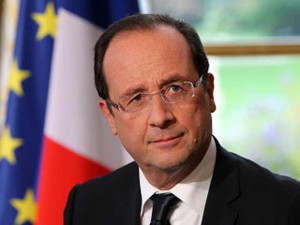 Bouteflika has been almost totally absent since his April 2013 stroke, yet was re-elected in April for a fourth term. The French presidency is denying any involvement in Algerian politics and the pending succession battle.

The chaotic situation in neighboring Libya is at the top of Monday’s agenda, according to French authorities. Libya is where tens of thousands of migrants are leaving in smugglers’ boats for Europe.

The Mali peace process, following France’s 2013 military intervention to chase Islamist extremists from the country, will also be discussed.