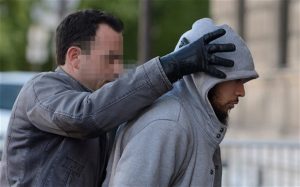 The 33-year-old was detained on Jan. 16 in Gard, southern France. During the raid on his home, police found materials to make explosives.

He has been charged with terrorist and criminal conspiracy.

“Some elements showed that something was being prepared. I think that we are clearly facing what could be described as (a) foiled attack,” Molins told RTL Radio, without giving any information on the possible targets.

The suspect, who had no criminal background and was not known to intelligence services, was spotted after pledging allegiance to the Islamic State (IS) on social media.

Underlining the increasing risk of home-grown terrorism and the emergence of new terror group members who are not on the police watchlist, Molins warned, “This threat is now more diffuse and more difficult to identify… The menaces may last for several years.”

France has become a major target of terrorist attacks following its military operations in Iraq, Syria and the Sahel region in Africa.

It has seen several attacks on home soil claimed by IS, with the deadliest one occurring in Paris in November 2015, killing 130 people and injuring more than 400.