You are here: Home / Europe / French jihadist charged and held on return from Syria 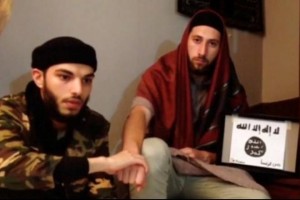 A high-profile French jihadist was charged with terrorist offences and remanded in custody on Saturday, a day after being transferred to France from Turkey, where he had turned himself in to authorities, like reported by france24.com.

Kevin G., a 24-year-old who converted to Islam 10 years ago, was one of the UN’s most wanted jihadists and had been placed on a blacklist in 2014.

Suspected as being one of the major Islamic State group recruiters attracting young French people to join the jihadist cause in Syria and Iraq, Kevin G. rubbed shoulders with some of the perpetrators of the November 2015 Paris attacks while living in Raqqa, IS group’s de facto capital.

The former church choirboy, who was raised by a single mother in Brittany, now claims to be “reformed” — though he has also told French author David Thomson, who wrote a book about returning jihadists, that he left IS group because he was afraid of dying.

He spent four years in Syria amongst jihadists, first with former Al-Qaeda affiliate the Fateh al-Sham Front, and then IS group.

He quit Syria in June 2016 with his four French wives and six children, and went to Turkey where they were all arrested.

All four wives had already been deported to France.

Kevin G., who had been the subject of an international arrest warrant, arrived in the French capital on Friday night before on Saturday being charged with association of a criminal terrorist organisation and financing terrorism, the Paris prosecutor said.

French authorities will now try to determine whether Kevin G. is truly reformed or part of a sleeper cell aiming to carry out attacks in France at a later date.

What to do with returning jihadists — whether claiming to be reformed or not — is a major concern for many European countries.

Authorities say around 700 French people are living amongst IS group militants in either Syria or Iraq. Another 200 have been killed.

By January 1, some 350 people in France had been charged with jihadist offences while another 710 are being investigated.

Since 2012, 83 people have been sentenced over jihadist activities.