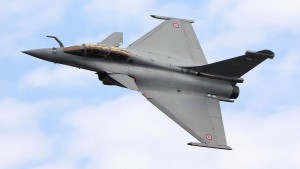 The jet took off from Jordan from an air base,where around 250 members of the French military are deployed,reported the Daily star.

France is a key member of the US-led coalition hoping to recapture the Islamic State of Iraq and Syria (ISIS) strongholds.

The warped terror group carried out the latest raid by a Mirage 2000 jet in Mosul, Iraq earlier this week.

Recent bombing raids have focused on ISIS’ oil empire amidst claims that the group is earning millions every week from selling the fuel.

The aerial campaign against ISIS escalated since the shocking Paris terror attacks on November 13.