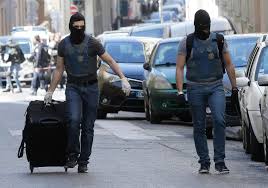 An Islamic terror plot inspired by the 9/11 attack on the World Trade Centre in New York has been foiled by the French intelligence services, like reported by independent.co.uk.

One person is being held in custody in France on preliminary terrorism charges after apparently planning a September 11-style plane hijacking and attack.

According to French paper Le Parisien, the suspect was looking for a weapon to hijack a plane.

Interior Minister Christophe Castaner said on France-2 television on Thursday night that the person was arrested on 26 September while “in the process of planning” such an attack.

He provided no further details but said it was the 60th time French authorities have thwarted a potential attack since 2013.

Mr Castaner said: “An individual who wanted to draw inspiration from 9/11 and planes that destroyed the towers of the World Trade Centre was stopped by our services.

“It was his project, he was organising himself like this and our services have done the necessary to get him arrested.”

In a tweet, he added: “60 attacks have been foiled since 2013 and every week people are arrested.

“Our intelligence services work daily on our protection. I want to pay tribute to them and tell them tonight, again, all my gratitude.”

Islamist terror attacks have killed more than 230 people in France over the last four years.

Islamic State in Syria claimed responsibility for co-ordinated strikes across Paris on November 2015 in which 130 people died.

Officials are concerned French nationals held in Kurdish-controlled camps could escape and return home after the Turkish offensive in northern Syria, Reuters reports.

The French security apparatus is under fire after a police administrator killed four colleagues inside Paris police headquarters earlier this month in what prosecutors consider a potential terrorist attack.

On 3 October, an IT specialist with suspected Islamist sympathies and security clearances killed three officers and one civilian employee before he was shot dead by another officer.