You are here: Home / Europe / French intelligence has growing list of Islamic radicals 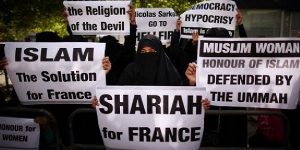 Laurent Nunez, head of the DGSI agency, is also warning that the Islamic State group’s retreat in the Middle East “doesn’t weaken the level of threat” or diminish the extremists’ ability to inspire violent attacks in the West via propaganda.

Speaking on RTL radio Tuesday, he said “the wish of the Islamic State group and al-Qaida to launch an attack is intact,” though the current risk to France comes from homegrown extremists instead of those who come from foreign war zones.

Nunez said that of the nearly 18,000 on watch lists, some 4,000 are under active surveillance. A number of people who have carried out attacks in France in recent years had previously been flagged for radicalism.