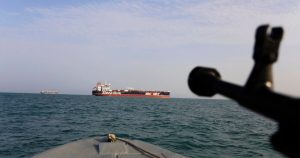 The French frigate Provence forced the Turkish cargo ship to change course after the latter switched off its transporter in a move that raised suspicions of the French navy, it said.

Turkey is the main backer of Libya’s U.N.-recognised GNA, and its earlier shipments of armoured vehicles and drones have helped the Tripoli-based government withstand an offensive launched last April by the eastern-based Libyan National Army (LNA).

The BBC earlier this month reported that Turkey sent arms to Libya and violated a United Nations arms embargo on the war-torn country, citing satellite images and footages obtained by its investigation team.