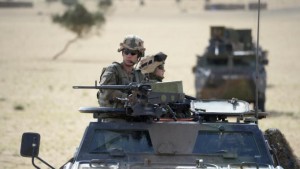 French Foreign Minister Jean-Marc Ayrault has said that the international community must be prepared to help Libya’s unity government in the event that it asks for support, including military support. In an interview with Ouest-France newspaper published today, Ayrault said: “Libya is a concern shared by all the countries of the region and beyond.

The chaos which reigns there today aids the rapid development of terrorism. It is a direct threat to the region and to Europe. While Islamic State [Daesh] militants are being pushed back in Syria and Iraq with the help of international intervention, the group is gaining ground in Libya.”

In response to a question regarding the likelihood of military intervention in Libya, Ayrault replied: “That will depend on the legal government. To think of launching air strikes outside of the political process is not an option.”

He added: “Algerians did not support the strikes in 2011, as well as the Russians, who have not hesitated in reminding us of the operation in Libya.”

“That [action] upset the region and brought about extremism ,” he said.