You are here: Home / Africa / French convert to Islam convicted for al-Qaida links in Mali 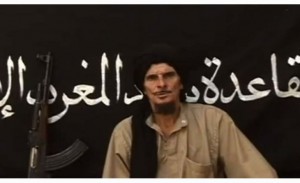 A Paris court has convicted a 60-year-old Frenchman and sentenced him to eight years in prison for belonging to al-Qaida’s North African affiliate and taking part in armed actions in northern Mali.

Gilles Le Guen, a former Breton merchant marine officer who converted to Islam 30 years ago, was convicted of criminal association in relation with a terrorist organization, his lawyer Alexandre Vermynck said.

Le Guen appeared in an October 2012 online video, sitting next to an assault rifle and warning the French and U.S. presidents against intervention in Mali. France intervened the following January to rout Islamist extremists.

Le Guen was accused of taking part in a March 2013 offensive against the city of Diabali.

He was arrested in April 2013 by French troops north of Timbuktu.