You are here: Home / Europe / Free Syrian Army comes to Moscow ‘all the time’ 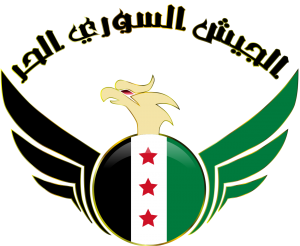 Russia has confirmed that it is in touch with Free Syrian Army (FSA). Russian Deputy Foreign Minister Mikhail Bogdanov said Monday that FSA representatives were expected to arrive at Moscow.

Bogdanov said such people were in Russia “all the time,” while some claim that they represent the FSA. “We have always said that everybody who is fighting terrorists on the ground should participate in a broad anti-terror front,” Russian News Agency TASS quoted Bogdanov as saying. “It is the Syrian army and Kurdish self-defense detachments, the Free Syrian Army and other patriotic opposition armed groups.”

According to Russian authorities, President Vladimir Putin talked with Saudi King Salman over the phone. This was the second time in five days that the Russian president had a talk with his Saudi counterpart, Reuters reported. While Russia happens to be chief ally for Syrian President Bashar Assad, Saudi Arabia as well as its Western allies expects the Assad regime to fall so that a political transition may start.

Meanwhile, the Southern Front of the Free Syrian Army has said Russia should stop bombing the rebel groups. “Their words are not like their actions,” Reuters quoted spokesman Issam al-Rayyes. “How can we talk to them while they are hitting us?”

According to Western powers, Russia is bombing anti-Assad forces such as FSA in the name of fighting terrorism. Russia’s “campaign against terrorism” started Sept. 30. However, Kremlin has apparently changed its approach against FSA as it declared Saturday that it was ready to help Syrian insurgents.