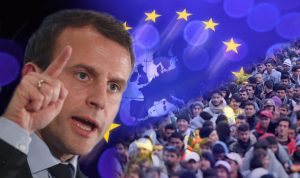 French President Emmanuel Macron said the fight against “Islamist terrorism” especially in Syria and Iraq is the first priority of his foreign policy, like reported by ap.org.

In a speech to French ambassadors in Paris, Macron proposed creating a new “contact group” including the other permanent members of the UN Security Council to help handle negotiations with Syria. He didn’t give more detail about the exact role and composition of this group.

Macron said the Islamic State group is “our enemy” and “we must end the war” in Syria, and called for a political transition in Iraq.

Macron also said he wants to organize in Paris an international summit “against the financing of the terrorism” at the beginning of next year.