You are here: Home / Europe / France wants to find way to combat terrorism in West Africa 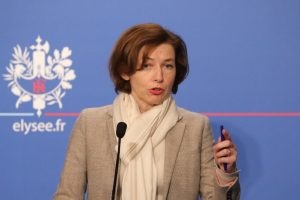 Speaking at a press conference, Parly said the security situation in the Sahel region has become difficult and is now complicated by a very unfavorable Malian political context and the deployment of Russian mercenaries from the Wagner Group.

“We are going to have to find the way to, despite these difficulties, pursue the mission that we have set for ourselves and for which the countries of West Africa are asking for our support: the fight against terrorism,” she said.

She noted that the Takuba Task Force, which was established in 2020 on the initiative of France with the aim of eliminating the problem of terrorism in the Sahel, was successful, and the fact that Europeans could fight together is proof of this.

Parly also stressed that France will take decisions on the Tabuka Task Force with its partners.

In late December, 15 European countries including France, which is deploying its military in Mali as part of the fight against terrorism, announced in a statement that they had taken note of “the involvement of the Russian Federation government in providing material support for the Wagner Group’s deployment in Mali” and called on Russia to adopt “responsible and constructive behavior in the region.”

They condemned the deployment of mercenaries on Malian territory, warning that it could further erode the security situation in West Africa.

The Wagner Group has also been deployed in Crimea and Eastern Ukraine since 2014.

According to the European Parliament, they have also intervened in the Central African Republic, Syria, Sudan, Mozambique, Libya and Venezuela.

In 2020, Turkish President Recep Tayyip Erdogan pointed to 2,000 Wagner mercenaries fighting in Libya in support of Khalifa Haftar, a warlord who has fought Libya’s legitimate government and undermined efforts for the country’s peace and unity.

Mali has been in political and security turmoil since 2012.