France called on Turkey to immediately halt the bombing of Kurdish forces in Syria, echoing an appeal made by the United States on Saturday. 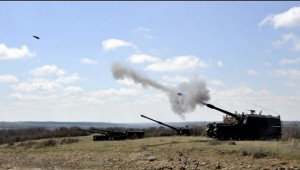 On Sunday, the Turkish army struck positions held by Kurdish fighters inside Syria for a second day, with Turkish state media reporting that it was in response to incoming fire.

According to the Anatolia news agency, the Turkish army hit Democratic Union Party (PYD) targets around the Syrian town of Azaz.

The French foreign ministry said it was concerned at the “worsening situation” around the besieged city of Aleppo and elsewhere in northern Syria.

Turkish military sources reportedly said they would continue to strike PYD targets in Syria as long as the army came under fire from their positions.

Turkey accuses the PYD of being the Syrian branch of the Kurdistan Workers’ Party (PKK) which has waged a decades-long insurgency against the Turkish state that intensified in the last few months.

But the US has been relying on the YPG as one of its few effective allies on the ground in the fight against Islamic State armed group jihadists in northern Syria.

The issue is causing increasing friction between the two NATO allies and complicating efforts to find a solution to Syria’s five year civil war.

In Damascus, the Syrian government strongly condemned the attacks on its “territorial integrity” and urged the United Nations to act.