You are here: Home / Europe / France to send troops to Rojava to prevent Turkish advances 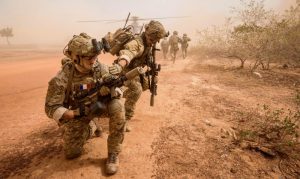 French President Emmanuel Macron has vowed to send troops to northern Syria, helping the US-led Coalition in blocking the further Turkish advances into the region beyond Afrin, like reported by basnews.com.

Macron received a Kurdish, Arab, and Christian delegate from the Syrian Kurdish territories on Thursday to discuss the situation in the troubled region.

“Important announcements are expected from France,” the representative office of the northern Syrian Rojava region said on Twitter.