You are here: Home / Europe / France to open Center for returning young jihadists by year-end 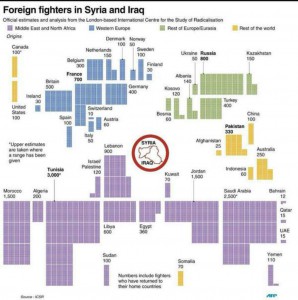 France will create a center for the reintegration of young French citizens who return from conflict zones such as Syria by the end of 2015, provided they are not subject to prosecution, French Prime Minister Manuel Valls said.

The announcement comes a year after the French government launched an online service for families, suspecting their relatives of intention to join radical groups in Syria and Iraq.
About 1,500 French citizens have left France to fight along with the militant groups in the above-mentioned countries, amounting to almost a half of European fighters present there, according to a report issued on April 8 by the French Senate.”A structure will be created by the end of the year to take charge, on a voluntary basis, of young people returning from conflict zones who are not, of course, being prosecuted,” Valls said at an international meeting of anti-terror magistrates in Paris.

Owing to initiatives aimed at preventing young Frenchmen from joining jihadists, about 1,900 cases have been registered, of which a quarter are for minors and over 40 percent for young girls, Valls stated.

“Within the framework of the action plan to combat radicalization, 2,500 officials from various departments across the territory have already been trained,” Valls stressed.