You are here: Home / Europe / France to hold international summit on Islamic State on June 2 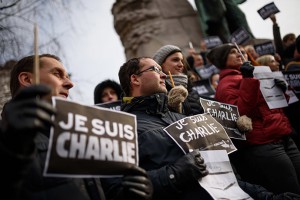 France will host a high-level meeting of the international community on combating the threat posed by the Islamic State (ISIS) group next month in Paris, authorities said on Wednesday, according to AFP.

“Along with (US Secretary of State) John Kerry and (Iraqi Prime Minister Haider) al-Abadi, I will be welcoming in Paris on June 2 the members of the international coalition to talk about Iraq,” French Foreign Minister Laurent Fabius said in a speech in the French capital.

The “central” theme of the meeting will be the crisis in Iraq although it was “not impossible” that Syria would also be discussed, he added.

“We have to take stock of how the coalition wants to proceed. And the Iraqi prime minister will tell us what the situation is” on the ground, said Fabius.

The announcement of the meeting came as ISIS fighters overran the historic Syrian city of Palmyra.

And in Iraq, the country’s army as well as paramilitary forces have massed around Ramadi, aiming to recapture the strategic city from ISIS before it builds up its defenses.

News of the meeting also came hours after an official in Washington said that the United States is taking an “extremely hard look” at its strategy in Iraq and would be sending 1,000 anti-tank missile systems to Iraq.

The missile systems, the source explained, will be meant to help the Iraqi security forces defeat “devastating” suicide car bombs which helped the jihadists seize the town over the weekend after an 18-month battle.

The international community is also stepping up its diplomatic efforts in the region, with UN envoy Staffan de Mistura holding talks earlier this month with a wide range of parties involved in the Syrian conflict, including the Syrian government’s envoy to Geneva.

However, the talks were dealt a set-back with the key opposition Syrian National Coalition declining to take part, dismissing the negotiations as “unimportant.”

In September, a summit in Paris saw officials from around the globe fine-tune a strategy to combat the Islamic State, which has seized large parts of both Iraq and Syria.

The nations discussed what roles each would play in an international coalition, which has struggled to stop the jihadists’ advance despite pounding ISIS targets with more than 3,000 airstrikes.

More than 60 countries eventually joined the coalition, a dozen of which are taking part in the airstrikes.