You are here: Home / Africa / France to help Cameroon to combat Boko Haram 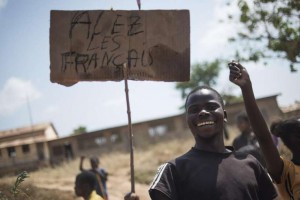 French Chief of the Defence Staff, Pierre de Villiers, says France will help Cameroon to battle Boko Haram terrorist group that had carried out a spate of attacks in the country over the past two years.

Villiers made the pledge after a one-hour meeting with Cameroonian President Paul Biya in Yaoundé on Thursday.

He said this had become imperative because fighting terrorism was a very important global issue and Cameroon was playing an important role in it.

Villiers said, “My country, France, will thus join Cameroon and other member countries in a bid to completely eliminate this terrorist group and restore peace to the country.

“I am happy that I was received by President Paul Biya which has been the main point of my visit to Cameroon.

“I am here to express my country’s support in combating the Boko Haram terrorist group.”