You are here: Home / Europe / France Terrorism 2015: churches on high alert ahead of the Feast of the Assumption 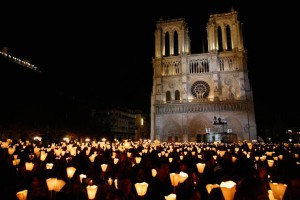 The French Ministry of the Interior as well as church leaders have warned France’s churches and churchgoers alike to be on high alert during an upcoming holy day, following the attempted terrorist attack on a church four months ago. The Feast of the Assumption, on Saturday, is a highlight of the church calendar, and French officials fear it could be another target for Muslim extremism.

“Parishioners, whether regular or occasional and visitors, be involved in your own security,” read an article published in the Catholic journal La Croix that was set to be posted in all churches, according to the Local. “Don’t leave your bags alone during communion, signal any abandoned object and keep an eye out for clothing not appropriate for the occasion,” the article continued.

Following the attacks at the satirical weekly Charlie Hebdo that killed 12, threats of terrorism in France have only grown in the past eight months. A 24-year-old student’s planned attack on a Paris church in April was foiled when he accidentally shot himself while preparing his assault. Sid Ahmed Ghlam was forced to call an ambulance, and when authorities searched his student residence in Paris and found Kalashnikov assault rifles, grenades and other weapons, he was arrested on suspicion of plotting a terror attack. Ghlam, along with a cohort in Syria, reportedly had been targeting the church.

France is one of the most historically Christian nations in Europe, and more than half of the population identifies as Catholic. With more than 46,000 churches across the nation, secular and religious authorities alike have said it would be impossible to put security in place at all of them. Only a couple hundred churches that are designated landmarks, such as Notre Dame in Paris, have any kind of security, forcing parishioners and priests to be responsible for their own safety.