You are here: Home / Europe / France says fight against Isil will extend to Libya

French Prime Minister Manuel Valls says the threat of further attacks like Paris remains “because we have hundreds, even thousands of young people who have succumbed to radicalisation”. 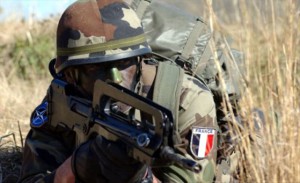 France has suggested it will extend its military operation against jihadists to Libya, where extremists increasingly have a strong hold.

“We are at war, we have an enemy, Daesh, that we must fight and crush in Syria, in Iraq and soon in Libya too,” Valls said, using an Arabic acronym for the group.

Speaking four weeks after Isil gunmen and suicide bombers attacked Paris, Valls told France Inter radio the threat of further outrages remained “because we have hundreds, even thousands of young people who have succumbed to radicalisation”.

Libya has slipped into chaos since the fall of Muammar Gaddafi in 2011 which Isil has exploited. The UN believes 2,000 to 3,000 fighters are operating there, including 1,500 in the coastal city of Sirte.

Tunisia reopened its border with Libya on Friday, 15 days after it shut the frontier following a suicide bombing in Tunis claimed by Isil, the interior ministry said.

The attack, which killed 12 people, prompted Tunisian authorities to ramp up surveillance and security at its borders and reimpose a month-long state of emergency as they try to grapple with the increased threat emanating from lawless Libya.

France intensified its air strikes on Isil’s stronghold in Syria after the group claimed responsibility for attacking Paris.