You are here: Home / Europe / France, Russia to share military information on IS 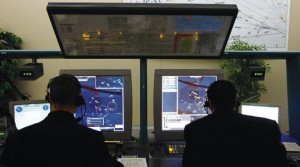 France and Russia agreed on Monday night to share intelligence relating to the Islamic State armed group (IS) especially on foreign fighters having joined jihadist groups in Iraq and Syria.

“We have agreed to strengthen our exchange of military information, both on the strikes and the location of the different groups in Syria,” said French Defence Minister Jean-Yves Le Drian following talks with his Russian counterpart Sergei Shoigu.

Such a cooperation had already been called by French President François Hollande in November but it remained symbolic. At the time, the two leaders, Hollande and President Vladimir Putin agreed to intensify and coordinate attacks mainly by targeting oil structures and products that finance IS.

On Monday, the two sides agreed to cooperate particularly on foreign fighters within the jihadist groups in Syria and Iraq as Russia said last week about 2,900 Russian citizens are or have fought with IS.

According to a recent report by an intelligence consultancy, foreign fighters having joined IS have doubled since last year to reach 27,000.

The French army chief of staff General Pierre de Villiers is to visit Moscow in the near future to bolster military contacts between the two countries.

It was the second bilateral meeting between Le Drian and Shoigu as the relations between the two ministries were suspended after the Ukraine crisis in March 2014.