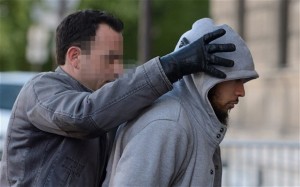 Police in Toulouse in south-west France have arrested a man for planning to commit a terror attack on New Year’s Eve, a police source told Reuters.

Two other people, one of whom is suspected of planning an attack on police officers, were arrested in Toulouse in a separate raid.

Police told local media the suspects had been under police surveillance for several months.

It comes after a series of terror attacks by extremists connected with the Islamic State terror group in France, Germany and Belgium over the last year.

France remains in a state of emergency after the November 2015 Paris attack, and attacks in Nice in France and in a church in Normandy early in the summer.

An attack on a Christmas market in German capital Berlin on 19 December left 12 people dead, and resulted in a Europe-wide manhunt which ended with suspect Anis Amri being shot dead by police in Milan, Italy.