You are here: Home / Europe / France: muslim street gangs clash outside of Paris 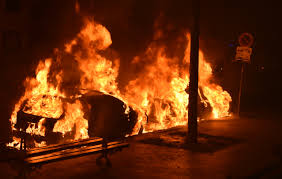 French security forces were dispatched Tuesday to the city of Dijon, south of Paris, after violence erupted as Muslim gangs, primarily from the Chechen, North African, and Albanian immigrant communities, clashed with rival factions on city streets.

The latest flareup in the gang war was sparked, French authorities say, after a Chechen youth was attacked by members of a rival gang, setting of violent clashes and a wave of arson and vandalism.

Police say they managed to restore peace, and have arrested four suspects.