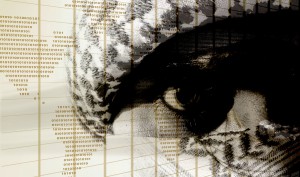 Jobrani, 37, is accused of “plotting a terrorist attack in Morocco.” In a 2011 web forum post, Jobrani said he was “preparing for al-Qaeda in the Islamic Maghreb.”

“There are 10 of us at the moment, but I need 100,” he said. Yet, he told the court on Tuesday that he was just “chatting” with other users.

His lawyer Anne-Sophie Laguens said that her client is someone who just talks a lot. “He playacts the part of the leader or the emir” but he ”had neither the will to take action, nor the inclination to go to armed Jihad.

Laguens asserted that Jobrani is a “victim” of the terrorist attacks that targeted France in January 2015, and claimed that the judges were adamant not to show any understanding toward his case due to these tragic events.

The first trial took place shortly after the terrorist attack on the Charlie Hebdo offices in January in Paris. His second trial was held a few days after the attack on a gas factory near Lyon, in which a man was decapitated.