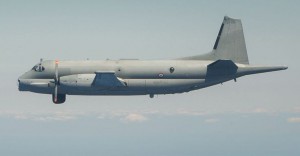 French military aircraft have carried out reconnaissance and intelligence flights over areas controlled by Islamic State in Libya and plan to carry out further missions over the north African state, a presidential press document showed on Friday.

According to a press dossier provided ahead of President Francois Hollande’s visit to the Charles de Gaulle aircraft carrier off the coast of Syria, two missions were carried out on Nov. 20 and 21 around the towns of Sirte and Tobruk.

The missions would be the first time Paris has publicly acknowledged carrying out operations over Islamic State zones in Libya. Sirte is controlled by Islamic State.

“Other intelligence, surveillance and reconnaissance flights are also planned,” the document showed.

Neither the Defence Ministry nor president’s office were immediately available for comment.