You are here: Home / Europe / France just shut down the mosque linked to the beheading of teacher 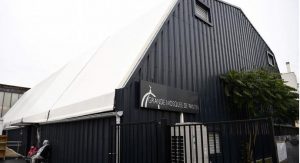 The terrorist attack carried out near Paris, France last week prompted a backlash both on the popular level and on the part of the French authorities, which has since ordered the closure of a mosque outside Paris.

The closure of the Grand Mosque of Pantin, in a densely-populated northeastern suburb of Paris, accompanied a crackdown on radical Muslims in France following the beheading of high-school teacher Samuel Paty.

The mosque was closed because it had shared a video on its Facebook page a few days before the beheading, rallying against the teacher for using a cartoon of Prophet Mohammad during a class on freedom of expression, a source close to the investigation told AFP.

It will remain shut for 6 months, Interior Minister Gérald Darmanin said. The official, who requested the closure, vowed on Monday that there would be “not a minute’s respite for the enemies of the Republic.”

In addition to the murderer, 18-year-old Chechen Abdullakh Anzorov, French authorities have arrested more than a dozen individuals during raids targeting Islamist networks.

4 pupils who attend the high school were also placed in custody after being suspected of having accepted payment in exchange for pointing the teacher out to the killer.

In the meantime, an investigation is ongoing into a French neo-Nazi website hosted abroad that republished the gruesome photo of Paty’s decapitated body, after Twitter removed it from its platform, which the killer had used to share it after his crime.

Minister Darmanin additionally vowed to crack down on charities suspected to have links to Islamist networks in France.

In that context, French President Emmanuel Macron promised that “fear is about to change sides,” as thousands of protesters across France rallied to pay tribute to the murdered teacher and laud free speech.