You are here: Home / MidEastGulf / France: Israeli-Palestinian conflict can explode at any time 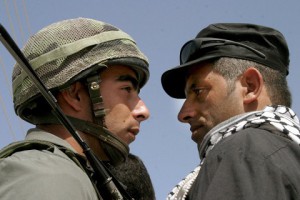 France’s foreign minister warned Monday that the Israeli-Palestinian conflict could explode “at any moment” and ISIS could interfere at any time.

Laurent Fabius told a group of reporters that “if and when it explodes, it’s very, very, very problematic for the whole region and for the world.”

Fabius said that “every radical group,” especially in Gaza, can take advantage of the deadlocked peace process, and it would be lamentable if ISIS – “the most radical of the radicals” – used this as a pretext for violence.

Fabius suggested that a new international body including Arab nations be formed to help spur a peace deal, saying “it could be sort of a Quartet plus.”

The Quartet – which includes the U.S., the European Union, the United Nations and Russia – was formed in 2002 to try to mediate an end to the decades-old conflict and encourage the formation of a Palestinian state. But peace efforts have been stalled for years and show no signs of resuming following the formation of Netanyahu’s new government.

Fabius said there’s never been a conclusion to negotiations “because it’s very difficult for each party to make the last concession.”

Adding the Arabs, who are not part of the Quartet, into an international body could help facilitate a conclusion because they are key players in the region, he said.

Fabius said he discussed this idea and France’s proposal for a possible U.N. Security Council resolution to set a framework for Israeli-Palestinian negotiations during his trip and “there was a very positive welcome on the Arab side and particularly on the Palestinian side.”

Fabius stressed that the resolution “is a tool, it’s not an end by itself.”