You are here: Home / Africa / France impatient over Malian peace accord 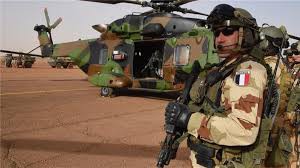 French Defence Minister repeated his call for the peace accords in Mali to be implemented on Tuesday at a conference on peace and security in the Senegalese capital, Dakar. He also welcomed the capture of the Libyan city of Sirte from the Islamic State (IS) armed group.

“You can’t just intone ‘The Algiers peace accord must be respected’,” Le Drian said, referring to the agreement signed between the Malian government, militias that support it and armed Tuareg groups signed in the Algerian capital last year. “There’s no other solution. That agreement is there, you have to enforce it.”

Noting that there “are still misgivings” about the disarmament process planned in the deal, he called on “all parties to bring pressure to bear, provide the resources, including the political ones, so that the accord is respected”.

Le Drian was repeating a call he made on 6 November, when he said Malian President Ibrahim Boubacar Keita should take the “necessary initiatives” to advance the peace process.

Mali’s Prime Minister Modibo Keita on Tuesday rejected Le Drian’s insinuation that the government was not taking the process seriously, calling for the “fight against terrorism” to be stepped up “by tackling its causes”.

France intervened in northern Mali after it fell into the hands of an alliance of Tuareg rebels and armed Islamists in 2012, splitting the alliance and gaining ground but large parts of the region are still out of government control.

Le Drian welcomed the capture of Sirte from IS by Libyan forces with US air support.

“It’s very good news,” he said. “The defeat of Daesh [an acronym of IS] is a very significant accomplishment … but it’s only one step.”

In July France admitted sending special forces to Libya after three of its agents were killed there and in 2015 it said its air force had been flying reconnaissance flights over Sirte.