A new bill countering of dissemination of fake news implies the deprivation of accreditation for mass media, like reported by neweurope.eu 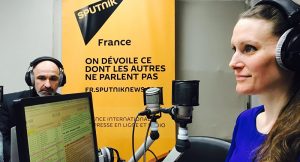 French Culture Minister Francoise Nyssen said Tuesday that a new bill on countering the spread of fake news in mass media and social networks is “almost ready” and will be presented in the next few days.

As France goes to war against the spread of bogus information and propaganda in the mass media and on social platforms, the government is planning to introduce a set of reforms which will directly concern the work of the media in the country. The new bill, if adopted, will particularly target the period around election campaigns and comprised of three main parts.

The first part of the bill mainly concerns multimedia mass media. It allows the Higher Council for the Audiovisual Sector to withdraw a broadcast license from foreign mass media or media “controlled by a foreign state” if an independent body finds that media guilty of intentionally spreading fallacious material.

The document also addresses concerns about digital platforms such as Facebook and YouTube. During election campaigns these and other similar sites will be obliged to reveal who and how much was paid for “sponsored” information – allowing users the ability to track the origin on the material and whether it might be connected to a hostile government or rival intelligence service.

The core tenant of the new draft bill gives France’s executive bodies the right to react swiftly to the dissemination of fake news. According to Nyssen, French residents will be able to send to the courts links to materials that they classify as ‘fake news’. An appointed judge will then decide whether the information is classified as being false and if the material must be removed from the web.

In drafting the anti-fake news bill, the French government drew on the experience of its German and British colleagues. In the next few months the text of the bill will be discussed with specialists and regulators and by the end of April should be submitted to the National Assembly of France.