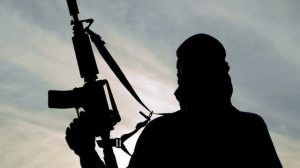 Nearly 200 jihadists imprisoned in France are due to be released over the next two years and French security officials are pressing French lawmakers to approve fresh antiterrorist measures to impose enhanced restrictions on those freed and to give police new legal powers to fight terrorism, like reported by voanews.com.

British officials, likewise, are fearful of a resurgent jihadist threat and are considering overhauling Britain’s 650-year-old treason law to make it easier to prosecute militants returning from Syria and Iraq.

And it is not only returnees from the Levant who are preoccupying European security officials.

During the pandemic jihadist assaults have subsided — the consequence, officials think, of society-wide lockdowns and other travel restrictions that have stymied would-be attackers. The lack of crowds and public events have also deprived militants of high-profile targets. But in the meantime there has been increased activity online by radical Islamists, according to security officials.

Neil Basu, assistant commissioner for specialist operations at London’s Metropolitan Police told The Times newspaper this week that he fears large numbers of vulnerable and marginalized youngsters have been trapped online during lockdowns and surfing increased amounts of propaganda that have been posted online during the pandemic.

“I don’t know what effect that is going to have on people who are vulnerable to that kind of message, who may want to take action, who may have been sitting on that suppressed feeling for 12 months or more,” he said.

The possibility of a new wave of recruits and so-called lone-wolf assailants combined with the release of dozens of jailed jihadists is a toxic mix, say counter-terrorism officials. They say they will be stretched to maintain surveillance of released jihadists let alone trying to detect radicalization online.

The last eight attacks on French soil were carried out by assailants who were previously unknown to French security services — including last month’s stabbing by a Tunisian immigrant of a female civilian police employee in Paris and the murder in October of middle-school teacher Samuel Paty in Conflans-Sainte-Honorine, a suburb of the French capital.

Of the 500 jihadists currently in French prisons, most were convicted for joining the Islamic State or al-Qaida in Syria and Iraq, or assisting others to do so. Fifty-eight are scheduled to be released this year after serving an average five-year sentence. And more than another 100 are due to be freed by 2023.

New counterterrorism measures before the National Assembly would give the French security services new powers to help them, they say, both to keep tabs on those released after they have served their sentences and to monitor what’s happening online and to try to unmask potential attackers. The measures would enable authorities to track communications by Islamist extremists when they are using encrypted message. School-teacher Paty was killed by an 18-year-old Chechen who used Instagram messaging to maintain contact with French jihadists in Syria.

Security services would also be able to use algorithms to enable them to spot people who consult extremist websites and will have more access to satellite communications. Last month, Gérald Darmanin, France’s interior minister, acknowledged that security services had been unable to detect messages between militants involved in the past nine attacks.

“We continue to remain blind with just surveillance of normal telephone lines that no one uses any more. We are now dealing with isolated individuals, increasingly younger and unknown to intelligence services, and often without any links to established Islamist groups,” he said.

When it comes to jihadists released from prison the measures awaiting the legislature’s approval would extend the time freed prisoners are kept under surveillance from one to two years. Courts will also have new powers to require released offenders to check in frequently with probation officers and to enroll in training schemes for up to five years after being freed.

The ruling Conservative government in Britain, too, has already recently passed legislation ending early release for anyone convicted of a serious terror offense. And it is considering new measures to make it easier to prosecute British jihadists returning from overseas — and if convicted serve long jail terms, possibly life imprisonment. Ministers say they are planning to overhaul the treason laws to cover membership or support of non-state actors who seek to harm Britain — that would include terrorist groups and hackers.

New national security legislation may also place the burden of proof on returnees from countries designated as terrorist hotspots to provide a legitimate reason for their travel — or face prosecution for treason. Ministers complain that the evidence needed to convict people who travelled to Syria and Iraq to join militant groups in the past ten years makes it too difficult to mount prosecutions. And they have fulminated against the ancient treason law, which dates back to 1351 and was amended in 1946.