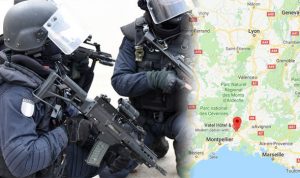 French Interior Minister Christophe Castaner has claimed that French security services have foiled at least five serious terror plots in the last year including one linked to Iran.

Several factors keep the threat of terror high including the number of returning jihadis from the Middle East.

“Some must be followed as a priority: those with psychological vulnerabilities, those who could have firearms, the ‘ghosts’ of Iraq or Syria – which represents 261 adults identified in France,” Castaner said.

“There are also the 700 French people who are still in the zone, particularly in Idlib, whose attempts to return are to be monitored, and those who have been convicted in cases related to a risk of terrorism or who have become radicalised in prison and who will be coming out soon,” he added.

According to Minister of Justice Nicole Belloubet, around 50 Islamist terrorists and 450 radicalised Islamists could be set free from prison by the end of 2019.

In 2016, Belgian politician and European Union (EU) ‘Counter-Terrorism Coordinator” Gilles de Kerchove warned of radicalisation in prisons arguing that returning Islamic State fighters who had not killed anyone should not be sent to prisons where they could be further radicalised.

Upon leaving his post, former Interior Minister Collomb speculated over a future civil conflict in migrant-populated ghettos like Paris’s notorious Seine-Saint-Denis suburbs, saying the French would not live side by side but “face to face”.

When asked his opinion on his predecessor’s comments, Castaner said: “Gerard Collomb said this well before resigning and he is right: there is a situation of extreme tension and great violence in certain neighbourhoods.”

“Wherever we see the Republic recedes, we must act. Reclaim, square metre by square metre, republican sovereignty. It will be a fight,” he added.