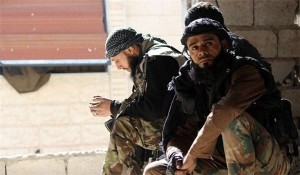 A total of four Syrian militant groups joined ranks with Ahrar al-Sham militant group, a statement issued by the groups said according to farsnews.com.

It comes as earlier this week media reported that Fatah Al-Sham Front terrorists launched an offensive against several groups of the Free Syrian Army that participated in the intra-Syrian talks in Astana on January 23-24.

Fatah Al-Sham Front, also known as the al-Nusra Front, has been fighting in Syria against government forces since the outbreak of the conflict in the country in 2011. The group is banned in Russia and many other countries.