You are here: Home / Europe / Four scenarios for the migrant crisis in Europe 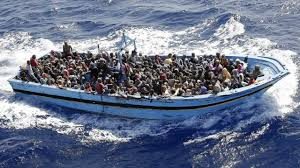 Scenario 1 Slight increase in migration via N Africa to EU

The political and security situation in Libya remains unstable and the movement of migrants from Libya to the Mediterranean continues largely unhindered. The slightly rising trend in arrivals to Italy continues, with an expected seasonal spike during the summer months as smuggler activity becomes slightly more organised. The number of people stuck in Libya remains stable. Meanwhile the number of returns and readmissions from (and to) EU member states continues at a very low level.

Protection (especially for women, children and those in detention in Libya) is the overwhelming priority need as human rights abuses, including detention, trafficking and SGBV continue. Those stuck in Libya also need food, shelter and WASH services while advocacy to the Italian authorities to increase the processing of asylum claims and provide more effective community integration for migrants is also a priority.

Continued insecurity and ineffective law enforcement in Libya coupled with improved and expanded smuggling operations result in a significant increase in the number of migrants attempting to cross from north Africa to Europe. New routes through Egypt, and to a lesser extent, Morocco, open up. The numbers of deaths at sea increase. Meanwhile European countries place further restrictions on the movement of migrants, attempt to increase returns and Dublin transfers, and increase the use of detention for those awaiting return or transfer.

Priority needs are as for scenario 1, and protection for those who fear forced return/Dublin transfer and Increased search & rescue operations.

To prevent a re-escalation of the migrant crisis, the EU adopts tougher measures to disrupt the smuggling operations in Libya and prevent migrants crossing to Italy via the central Mediterranean route. The number of arrivals in Italy reduces dramatically until swift adaptation of the smuggling business results in a gradual increase in arrivals via new routes through Egypt and possibly Algeria, Morocco and Tunisia. Increased numbers of people are stuck in Libya where humanitarian assistance and protection continues to be largely absent: conditions deteriorate while increasing numbers of migrants risk new, more costly and dangerous routes to Italy and Spain.

Throughout north Africa, protection and the provision of health and psychosocial services for those risking the new and longer routes to Europe is a priority. In Libya, protection (as for scenario 2 and for children against recruitment to armed groups) remains a priority along with the provision of all basic humanitarian services, including education and livelihoods.

The migrant crisis continues to dominate the EU political agenda resulting in increased efforts to stabilise Libya. Significant EU investment in Libya leads to a noticeable improvement in security and governance in Libya. Humanitarian access improves while improved internal security and border controls restrict smuggling operations from Libya via the central Mediterranean route. Legal pathways open up for asylum-seekers in North Africa. The number of migrants stuck in Libya continues to rise and, although conditions begin to improve and more migrants decide to remain in Libya, smuggling activity continues for the few determined to reach Europe. National humanitarian responders are overwhelmed.

Protection issues in Libya remain a priority and there is a need to scale up health, psychosocial services, food assistance, shelter, and WASH assistance. Meanwhile search and rescue operations need to adjust to the new routes.