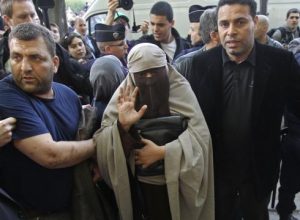 Four French teenage girls have been arrested in different parts of France as suspects in terror attack plots, the Paris prosecutor’s office said.

The four are suspected of having been part of an online discussion group called The Lioness through the Telegram instant messaging app, reported Associated Press, citing prosecutors.

They are alleged to have spoken about the possibility of committing “violent actions”.

Kassim, who was targeted in a US air strike in Iraq in February, has allegedly used the encrypted messaging app to inspire a series of attacks in his home country, including the murder of a French police couple in June, the fatal attack on a Catholic priest in Normandy, and a failed bomb attack near Notre Dame cathedral.

Thousands of French women and girls have travelled to join Isis in Iraq and Syria.