You are here: Home / Analysis / Foreign terrorist fighters from Southeast Asia: what happens next? 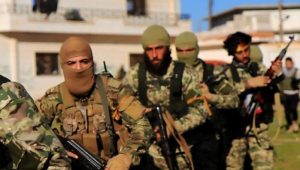 The last stronghold of the Islamic State, the Syrian town of Baghouz, fell to a coalition of Kurdish and Arab soldiers (backed by American, French, and British commandos) in March 2019. Following the collapse of ISIS’s “caliphate,” there are still significant questions about the hundreds of fighters from Southeast Asia who traveled to Iraq and Syria to fight alongside ISIS and other militant groups, like reported by icct.nl.

Some of these fighters and their families are being detained in prison camps run by the Syrian Democratic Forces (SDF), while others have fled, and are planning their next move. In mid-February, the Indonesian government reversed a prior decision to repatriate nearly 700 Indonesian citizens who traveled abroad to join jihadist groups in the Middle East, citing the security and safety of the general public.

Though not all returnees will engage in threatening activities upon leaving the Middle East, some may radicalize others, plot attacks, and join or create extremist networks—even, perhaps, within prisons.

Southeast Asian jihadist networks could help facilitate returnees’ radicalization activities. Established groups can provide returnees a platform from which they can indoctrinate others. In Indonesia, joining a terrorist organization was not criminalized until 2018, so it is possible that some extremist returnees were allowed to resettle in their hometowns. Further, Southeast Asian ISIS fighters in Iraq and Syria have sought to recruit new jihadists at home. Malaysian fighter Muhammad Wanndy Mohamed Jedi has been responsible for or linked to recruiting at least a third of the individuals arrested in Malaysia in connection with ISIS between 2013 and 2016, including the person who conducted the first ISIS-linked terrorist attack in the country.

Even if they are captured, returnees may be able to continue to advance their cause from captivity. In the Indonesian and Malaysian penitentiary systems, terrorism convicts have radicalized fellow prisoners and guards. Returnees are likely to engage in such activity as well. Following a May 2018 prison riot in Indonesia involving over 150 detainees charged with terrorism, authorities transferred the prisoners to Nusakambangan, a prison island. However, simply relocating prisoners will not halt their activities.

It is likely that Southeast Asian returnees will plot and conduct terrorist attacks, and a number of returnees have already been involved in plots and attacks in the region. In June 2017, Syawaludin Pakpahan, an Indonesian returnee, fatally stabbed a police officer. In Syria, he had fought with the Free Syrian Army rather than a jihadist faction. However, Pakpahan reportedly held jihadist beliefs, and sometimes helped guard nearby ISIS and Jabhat al-Nusra posts, resulting in his dismissal from the FSA and return to Indonesia. He became an avowed ISIS supporter upon his return. Pakpahan’s actions demonstrate how Indonesia’s established jihadist networks can provide a pathway for returnees to plot attacks at home.

Malaysian and Indonesian returnees have been convicted in several foiled plots as well. In 2015, Malaysian authorities arrested Malaysian returnee Murad Halimmuddin, along with others who had discussed kidnapping politicians and attacking military installations. In May 2019, Indonesian authorities arrested seven returnees, including a high-ranking ISIS member who had been in Syria for years, while foiling a technologically advanced Wi-Fi bomb plot. While militants have used Wi-Fi signals to detonate bombs in the Middle East, this method is new to Southeast Asia.

In some recent plots and attacks, high-ranking Indonesian ISIS fighters acted as “virtual plotters,” recruiting members and coordinating operations in Southeast Asia via online communications from Syria. Bahrun Naim, confirmed dead by U.S. officials in 2018, was the most prominent Southeast Asian virtual planner. He allegedly organized the 2016 suicide bombings in Jakarta, among other attacks, and he published an online bomb-making instruction manual in Malay, which will likely continue to be used by Southeast Asian militants even after his death.

ISIS may seek to plot attacks in Southeast Asia with returning foreign fighters. While evidence suggesting that ISIS has had a direct role in terrorist attacks in Southeast Asia since the death of Bahrun Naim has been mixed, despite ISIS claiming responsibility for numerous attacks, regional counterterrorism analysts suspect that they maintain connections to local jihadist networks such as the Jemmah Ansharut Daulah (JAD) group.

Or—in lieu of joining existing networks—returning fighters may seek to create new cells. In addition to his participation in the initial stages of plotting small-scale attacks, returnee Murad Halimmuddin viewed himself as the “spiritual leader” of a small terrorist group that sought to recruit 20 members to commit attacks in Malaysia.

Foreign fighters from all three countries are likely to join militant groups operating in the Philippines. Counterinsurgency efforts during and after the siege of Marawi have weakened Philippine militant groups, particularly the Maute group, but they quickly began regrouping and recruiting new members. The Bangsamoro Islamic Freedom Fighters group continues to seek territorial control, while the Abu Sayyaf Group (ASG) has perpetrated suicide bombings, including the January 2019 Jolo Cathedral bombing claimed by ISIS.

Of these groups, ASG is the most likely to attract foreign fighter returnees, as it is both accessible—through its activity in eastern Sabah and around the Sulu Sea—and has recently carried out several attacks. ISIS has released propaganda videos encouraging Southeast Asians to join its affiliates in the Philippines, and ISIS recruitment networks in Southeast Asia have encouraged would-be jihadists to travel to the Philippines. While estimates vary, between 40 and 100 fighters from Indonesia, Malaysia, and elsewhere have entered the southern Philippines.

Not all Southeast Asian foreign fighters have returned home or will do so. Some will disperse to other countries, fearing prosecution or wishing to fight in another theater. From Syria and Iraq, Indonesian foreign fighters have traveled through Iran to join ISIS-Khorasan in Afghanistan. For example, Indonesian authorities believe that JAD member Saefullah (aka Daniel, aka Chaniago) is currently a part of ISIS-K.

Whether foreign fighter returnees radicalize others, plot attacks, join established violent extremist networks or create new ones, or travel elsewhere outside the region, there is a palpable concern—indeed, a likelihood—that the fight against ISIS is not over, but is merely entering a new phase. While many debate what this new phase may look like, given the prominence of Southeast Asians in ISIS, there is little doubt that militants from the Philippines, Indonesia, and Malaysia will play a role in ISIS’s unfolding story.