You are here: Home / Senza categoria / Foreign Special Operations troops to join the U.S. in targeting the Islamic State 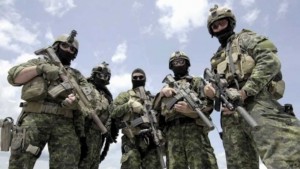 Defense Secretary Ashton B. Carter said Thursday that the United States has asked more countries to send Special Operations troops to join the fight against the Islamic State, and not just typical partners like Britain and Australia.

Carter did not name the countries, but said “there are states in the region” who have been asked to become more active in the military campaign. Countries in the region that have Special Operations troops that train with U.S. forces include Jordan, the United Arab Emirates and Saudi Arabia.

The comments came during a news conference as the secretary was on base for a meeting with other senior military officials to plan an expansion of the fight against the Islamic State. An elite “expeditionary targeting force” including U.S. Special Operations troops has arrived in Iraq, Carter disclosed Wednesday, and is expected to carry out a variety of raids and intelligence gathering to strike the terrorist group.

In a speech at Fort Campbell, Ky., on Wednesday, Carter told paratroopers that he has reached out to his counterparts from more than 40 countries to contribute more to the military campaign, including Special Operations troops, strike and reconnaissance aircraft, weapons and ammunition, training assistance and combat support like maintenance.

“Many nations are already contributing greatly,” Carter said. “Many can do more. And some are on the wrong track entirely. We don’t ask for favors, but neither do we grant favors. We recognize that nations follow their own best interests, as we follow ours. That means that they themselves must accelerate their efforts disrupting the networks that enable the flow of foreign fighters and materials through their lands.”