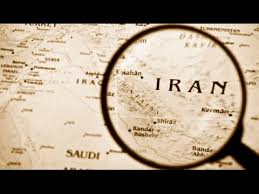 UK hopes, and expects, that nuclear agreement will herald a step-change in Iran’s relations with its neighbours and with the international community, UK Foreign and Commonwealth Office spokeswoman Katrina Hawkins told Trend.

She was commenting on the future perspectives that Iran’s nuclear deal could open for the Great Britain and regional countries.

Hawkins said the UK recognises the concern in the region about Iran’s historic pattern of regional activity.

“We will maintain our clear position in support of the Gulf states and against Iranian interference in their internal affairs,” said Hawkins.

If Iran adheres to its commitments under the comprehensive deal and sanctions are lifted, then the UK Government will help business take advantage of the opportunities that arise, she added.

According to her, until the IAEA has verified Iran’s actions on its nuclear programme, sanctions will remain in place and will continue to be enforced rigorously.

Iran and P5 +1 (the US, UK, France, Russia, China and Germany) reached a historic agreement on Iran’s nuclear program July 14.

The negotiations ended with adoption of a joint comprehensive action plan. If Iran carries out this plan, the economic and financial sanctions earlier imposed on it by the UN Security Council, the US and EU will be lifted.