You are here: Home / Africa / Foreign Islamic State fighters ‘will be a threat for decades’ 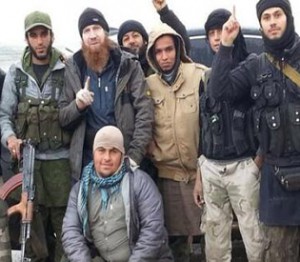 The large number of foreign fighters taking part in the ongoing conflict in Iraq and Syria will pose an international security threat for decades to come, Singapore Deputy Prime Minister Teo Chee Hean said to Jakartapost.

And, like most countries, Singapore is concerned that these fighters – who number over 20,000 – could carry out attacks when they return home and radicalise others to join their ranks, he said at the opening of an international meeting on the terror threat. “The security threat posed by returnees has already manifested in several incidents,” Teo said, citing the instance of French national Mehdi Nemmouche, who killed four people in Brussels last May after returning from Syria.

Nemmouche had travelled through Singapore on his way home from Syria, he added.

With more than 500 radicals from the Asia-Pacific now fighting with the Islamic State in Iraq and Syria (ISIS), the issue of how to tackle the security threat they pose and rehabilitate those who have returned was a key theme at the forum yesterday.

The two-day East Asia Summit (EAS) Symposium on Religious Rehabilitation and Social Reintegration involves 560 participants from more than 30 countries, including top officials and scholars from Malaysia, Indonesia and the United States.

Yesterday, Teo, who is also Coordinating Minister for National Security and Minister for Home Affairs, said the fallout from the Syrian conflict “goes beyond what any one country or government can deal with”.

“There is no one-size-fits-all solution. But there is definitely scope for us to learn from one another on what has worked under different circumstances.”

Teo noted that the threat of returning fighters is not new, as Singaporean members of the Jemaah Islamiah network, nabbed in 2001 and 2002, had trained in Afghanistan.

But unlike the Soviet-Afghan war that spawned Al-Qaeda and drew largely individual fighters, ISIS has attracted entire families who have relocated to be part of the self-proclaimed caliphate.

“Given their exposure to radical ideology and violence from a tender age, it is worrying what these children will grow up to be,” Teo said.

He also noted that one common trait among radicalised individuals in Singapore was that they had weak religious grounding, making them susceptible to radicals who distort religion to legitimise violence.

In Singapore, religious scholars have stepped forward to help counsel detainees and rehabilitate them, and this Religious Rehabilitation Group continues to educate the wider community about the dangers of radical ideology, Teo said.

Countries also need to look into reintegrating rehabilitated terrorists into society, he added.

In Singapore, an Inter-Agency Aftercare Group (ACG) ropes in community groups to support families of detainees and ensure those released are reintegrated into society. Said ACG member Abdul Halim Kader: “We want to prevent the second generation from being radicalised.”

Speakers at the symposium today include Mufti Fatris Bakaram and General John Allen, the US’ special presidential envoy for the global coalition to counter ISIS.