You are here: Home / MidEastGulf / Foreign fighters in Iraq and Syria doubled in 2015 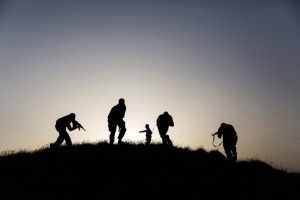 Study finds that 20-30 percent of the fighters return to their home countries.

More than 27,000 foreign fighters have joined Islamist groups In Iraq and Syria this year, twice as many as in 2014, according to a report published Tuesday by intelligence consultancy The Soufan Group.

Between 27,000 and 31,000 foreign fighters from 86 countries have traveled to Iraq and Syria, compared around 12,000 in 2014. The majority came from Tunisia, Saudi Arabia and Russia. Around 5,000 fighters made their way from Europe and some 4,700 came from former Soviet republics.

The New York-based think-tank based its report on official government estimates, data from United Nations reports and studies by researchers and academics.

“The foreign fighter phenomenon in Iraq and Syria is truly global,” the report stated. “The Islamic State has seen success beyond the dreams of other terrorist groups that now appear conventional and even old-fashioned, such as Al-Qaeda”

The study found that 20-30 percent of the fighters returned to their home countries. Concern about the threat posed by returning jihadists has grown since the Paris attacks last month.

According to the figures, of 1,700 French foreign fighters who went to the Middle East, 250 returned home. About 760 fighters left from Germany, of whom 200 returned.

The report concluded that efforts to stop the flow of foreign fighters to the Middle-East appeared to have made little impact.