You are here: Home / Europe / Foreign fighters and the Islamic terrorist threat in Belgium 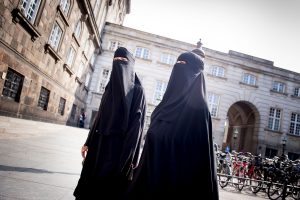 For a few years, the return of experienced jihadi fighters from the Levant was perceived as the main threat to Belgium. With hindsight, the 2016 Brussels attacks were the last operation prepared and staged by the so-called Islamic State (IS) in Europe, involving returnees. With the disintegration of IS’s caliphate, the threat posed by the group has evolved significantly. Returnees are no longer the sole – or even main – concern of security services, like reported by egmontinstitute.be.

Homegrown threat
Since 2017, homegrown terrorists have become the main focus of security services. They were indeed responsible for a growing number of plots and attacks, albeit with limited means and skills, but with potentially dramatic results should they succeed.

After the 2016 attacks, Belgium experienced four plots by homegrown terrorists. Only one resulted in fatalities: two police officers and a passer-by were murdered in Liège in May 2018 by a multi-recidivist criminal, but also a Muslim convert allegedly radicalised in prison, who was on a temporary leave permission from prison. As with similar incidents in Europe, the exact nature and motivation of such perpetrators remain often difficult to ascertain. For instance, the stabbing of a police officer in November 2018 (while screaming ‘Allahu Akbar’), initially investigated as a terrorist attack was recently re-categorised by the prosecutor’s office, which abandoned the terrorism charges.

At the heyday of the caliphate and during its immediate aftermath, IS continued to inspire a wide group of potential attackers: extremists seeking revenge, lone actors and small cells, the desperate and the 15-minutes-of-fame seekers, delinquents in need of justification, and even the mentally unstable wrapping their psychological problems in an IS-like narrative. The failure of IS’s caliphate, the dissolution of its aura of invincibility, and the indiscriminate nature of IS-style attacks drained the fascination it originally induced. Its narrative and its capacity to inspire or mobilise have declined accordingly.

Prison hubs
In Belgian prisons, some 220 detainees are linked to terrorism and radicalisation. This includes an unprecedented number of returnees, terrorist convicts, hate preachers as well as so-called radicalised criminals. While representing a marginal two percent of the entire prison population, this group has raised concerns about the risks of recruitment and extremist proselytising inside prison, as well as recidivism upon release.

In March 2015, the Belgian government started to develop novel policies, based upon an ‘Action Plan against radicalisation in prison’. The plan – the first of its kind – sets two main objectives: preventing the radicalisation of detainees, and developing a specialised follow-up for radicalised inmates.

Prisons have also developed tailored programmes for detainees in need, touching on psychological support, traumas, individual resilience, religion, professional skills and reinsertion project, etc. These programmes are geared towards disengagement, rather than deradicalisation sensu stricto. While difficult to assess their real impact, there are indications that radicalisation in prisons is not out of control. Evaluation by the authorities have concluded that about 45% of the returnees in prison in 2018 were showing some signs of disengagement, while 64% of the detainees who were prevented from travelling to Syria were similarly in a process of disengagement in 2019. Authorities have also concluded that since their release from prison, 75% of the returnees (and 90% of women returnees), and 73% of the ‘failed travellers’ have been showing signs of disengagement.

Terrorism recidivism is a key concern for the authorities. Some of the early travellers to Syria were former terrorist convicts, including a former Guantanamo prisoner, and a former detainee from the infamous Abu Ghraib and Camp Bucca prisons in Iraq. While the intelligence services fear a ‘recidivism surge’ following the release of terrorist convicts and returnees, there are simply no data available to measure this risk. The unique scope of the Syrian mobilisation may have created an opportunity for recidivism that has simply disappeared today.

These observations should of course be treated with caution: disengagement, let alone deradicalisation, are long and murky processes. It is simply too early to tell whether released terrorists will be successfully rehabilitated or whether they will fall back into (violent) extremism. Furthermore, it is nearly impossible to establish an irrefutable correlation between such observations and the disengagement programmes themselves. Nevertheless, they offer a glimpse of hope that most of these detainees can renounce violence.

Returnees to come
Before the Turkish offensive in October 2019, there were 69 Belgian children and 54 adult foreign terrorist fighters (20 men and 34 women) detained in northern Syria. A couple Belgian fighters have been prosecuted and are jailed in Iraq, while some 20 Belgians are reported to be fighting in jihadi groups in Idlib. In December 2017, the Belgian government decided that children could return (certainly if less than 10 years old), but not adult fighters. However, the government has not implemented a proactive repatriation policy for these young children (most of which are less than 6 years old).

Notwithstanding the official reluctance to see its nationals return, children and women have been coming back, little by little. For some, family members succeeded in presenting them to Belgian diplomatic offices in Turkey. With the help of smugglers, others have managed to reach Turkey, which has pledged to deport foreign fighters to their home countries. In June 2019, 6 Belgian unaccompanied minors have been repatriated from the al-Hol camp after direct negotiations between Belgian and Kurdish authorities. In October 2019, a court ruled that Belgium has the obligation to repatriate a mother and her two children, detained in al-Roj camp. In December 2019, the same court required Belgium to repatriate another mother and her child from al-Hol. These rulings could set a precedent for more repatriations in the near future. One way or another, more foreign fighters will find a way back to Belgium, whether the government wants them or not.

Therefore, Belgian security officials (notably the federal prosecutor and the head of the counter-terrorism fusion centre) have joined a growing chorus of law enforcement voices calling for the controlled repatriation of all European nationals, as the safest way to ensure proper prosecution and long-term monitoring. Left to their own devices, they might either escape justice and/or join the ranks of a possible resurgent IS 2.0.

Conclusion
As of now, two years after Belgium lowered its terrorist threat level from 3 to 2 (out of 4), the real challenge goes beyond these immediate security concerns, however. First-line workers and prevention officials are warning that the conducive environment that allowed for the jihadi mobilisation in Belgium (and in Europe) still persists. As long as the toxic mix of social exclusion and isolation, structural marginalisation of minorities, and culture wars around ethnic-religious symbols is allow to fester, jihadism will continue to offer a potential mobilising narrative – each and every time a seemingly credible rallying cause is on offer.