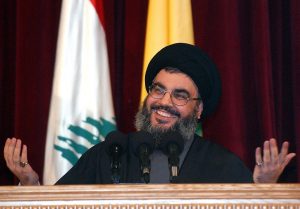 The death toll in the August 4 explosion at the Beirut port has now reached 163. More than 6,000 people were injured. Large parts of the city were destroyed. The latest information detailed this week by Reuters suggests that Lebanese authorities were warned in the weeks prior to the explosion of the need to secure the 2,750 tons of ammonium nitrate stored in Hangar 12 at the port, like reported by meforum.org.

Public anger in Lebanon is now at white heat. Demonstrators in Beirut this week occupied a number of government buildings. The resignation of prime minister Hassan Diab and a number of other ministers has had little effect on the public mood. The resignation will not trigger elections or anything resembling real change. Lebanon has long experience with “caretaker” governments, whose terms stretch on for months or even years, lacking any mandate or capability for taking significant decisions.

The focus of public anger is on the corrupt, shoddy and inefficient nature of governance in Lebanon. The explosion at the port was the most extreme and dramatic manifestation of a deep decay infecting every part of Lebanese public life and infrastructure. This is a country well on the way toward a “failed state” status. In March, Lebanon for the first time defaulted on $1.2 billion in foreign debts. The Lebanese pound has experienced a 70% drop in value since October. The country is experiencing hyperinflation.

But while the focus of international coverage of Lebanon since the blast has been on the corrupt, graft-ridden and inefficient nature of Lebanese public life, this is only part of the picture of the country’s malaise – and not the most significant element.

Beneath the morass of Lebanon’s debased political culture, there is another structure. This structure is not, in general, corrupt. It is not inefficient. It is not unaware of where its assets are placed, and it is not subject to replacement by elections, or by street demonstrations. This structure is the Hezbollah deep state. It is the true arbiter of power in Lebanon, both visible and invisible.

On the overt level, the parliamentary bloc controlled by Hezbollah maintains control of 74 seats in the 128-member parliament. This enabled it to dictate the composition of the now-collapsing cabinet (19 out of 30 portfolios were affiliated with its bloc). It will give Hezbollah a powerful voice in deciding the content of its replacement.

Hezbollah possesses a military force, according to an estimate by the Janes Information Group, of 25,000 full-time fighters, along with 20,000-30,000 reservists. The official army, the Lebanese Armed Forces, has 72,000 personnel, but it is riven with sectarian division. Thus, Hezbollah has an armed capacity in Lebanon superior to all competitors, including the army of the nominal state.

But it is at the unseen level that the power of the Hezbollah deep state is at its most profound. The head of the country’s most powerful security organ, the General Directorate of General Security (GSDG), is General Abbas Ibrahim. Ibrahim is a close ally of Hezbollah. This is no great secret in Lebanon. Ibrahim is close to, and appears regularly in public with, Wafiq Safa, the head of Hezbollah’s security apparatus. Safa, meanwhile, as described by Lebanese Druze leader Walid Jumblatt with admirable simplicity, “decides what the army and security forces can do.”

Behind Safa is Hezbollah secretary-general Hassan Nasrallah. And behind him is the Iranian Islamic Revolutionary Guards Corps and the Islamic Republic of Iran. This is the structure against which there is no right of appeal in Lebanon.

The GSDG, as the main internal security service, is set to play a prominent role in the internal investigation of the explosion at the port.

Ibrahim’s friend and comrade Safa, meanwhile, was described by the US Treasury Department in July 2019 as having “exploited Lebanon’s ports and border crossings to smuggle contraband and facilitate travel on behalf of Hezbollah, undermining the security and safety of the Lebanese people, while also draining valuable import duties and revenue away from the Lebanese government.” That is, Hezbollah’s deep state is about to investigate itself.

It is not difficult to imagine the results of the Hezbollah power structure’s self-investigation. The “mystery” of who exactly owned 2,750 tons of an explosive material known to be favored by Hezbollah – in a port known to be under the security control of Hezbollah – will no doubt be deemed another of the baffling riddles of the Orient.

It is important, nevertheless, that any remaining obscurity regarding who really holds power in Lebanon be dispelled. One enthusiastic supporter of Hezbollah tweeted this week, “The Lebanese government can resign 100 times. But Hezbollah won’t disarm.” That succinctly sums up the reality.

It is the Hezbollah power structure that prevents the possibility of normal practices at Lebanon’s entry and exit points. It does so because these points, and the clandestine transportation and storage of war materials at and through them, are essential elements in its deployment for a future conflict with Israel.

If a new prime minister is found, a new cabinet cobbled together, a “national unity” government declared and international largesse then piled on Lebanon, the beneficiaries of the blast in the port will be the Hezbollah power structure.

This would come as a welcome relief for the movement at a time when it is facing unprecedented difficulties. As the dominant force in government, Hezbollah has been unable to shield itself from public criticism for the disastrous economic collapse of recent months. International financial bodies are reluctant to bail Lebanon out without a commitment to financial transparency. The Hezbollah power structure prefers opacity, behind which it conceals itself. As a result, having defaulted on its debts, Lebanon remains without a bailout package from the International Monetary Fund.

The Gulf states that might have once helped have turned their backs on Lebanon because of its domination by Hezbollah.

Iran, Hezbollah’s patron, is unable to offer substantial help because the US policy of maximum pressure has placed it deep in its own economic crisis. The full results of Iran’s hostile takeover of Lebanon are thus currently becoming apparent.

Khalid al-Bari, writing in the Saudi Asharq al-Awsat newspaper this week, noted that “Hezbollah is the only group of criminals who creates transnational security, military, and economic crises that destroy lives, and no one touches them; they are here to stay.”

Western governments need to grasp the fact of Hezbollah and Iran’s full spectrum ownership of Lebanon at the present time. They should then understand the implications of this. And they should then design policy to contain or change it. Anything else risks turning the disastrous explosion at the Beirut port into a windfall for the true rulers of Lebanon – the IRGC and its local franchise, Hezbollah.