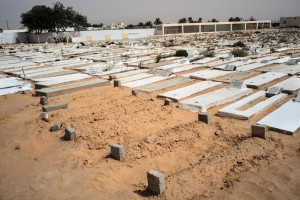 The flow of foreign fighters to the ranks of the Islamic State – once a mighty current of thousands of radicalized men and women converging on Syrian and Iraqi battlefields from nations across the globe – has been cut to a trickle this year as the group’s territory has shrunk and its ambitions have withered.

The decline, officials and experts say, has been dramatic, prolonged and geographically widespread, with the number of Europeans, Americans, North Africans and others joining up to fight and die for the idea of a revived Islamic caliphate falling as precipitously as the terrorist group’s fortunes.

From a peak of 2,000 foreign recruits crossing the Turkey-Syria border each month, the Islamic State and other extremist groups operating in Syria are down to as few as 50, according to U.S. intelligence assessments.

Governments from Britain to Tunisia say their citizens are less likely than they have been in years to heed the Islamic State’s calls for front-line volunteers.

Diminished flows deprive the organization of needed reinforcements and further erode its ability to cast itself as the rebirth of a vast Islamic empire. But they also raise questions about whether the terrorism threat is actually easing or just morphing into a more dangerous new phase.

“It’s a massive falloff,” said Peter Neumann, director of the International Center for the Study of Radicalization at King’s College London. “And it’s basically because Islamic State is a failing entity now. The appeal of Islamic State rested on its strength and its winning. Now that it’s losing, it’s no longer attractive.”

The sustained decline marks an important milestone in global efforts to defeat the Islamic State, reflecting measures ranging from a multinational military campaign to, in at least one nation, rules requiring parental permission slips before young men can leave the country.

But Neumann and others said the decline in Islamic State recruiting figures – which has come almost as quickly as it rose following leader Abu Bakr al-Baghdadi’s declaration of a caliphate in June 2014 – is hardly an unmitigated success for the United States and its allies.

Instead, it may be the beginning of a new stage one in which would-be fighters choose to carry out attacks at home rather than travel abroad, and battlehardened veterans seek out new lands for conflict.

“It’s like after the Afghanistan war in the 1980s,” said Neumann, citing the period after Soviet troops withdrew in 1989 and legions of foreign fighters formed a diaspora of radicalized veterans that subsequently fueled the rise of al-Qaeda. “They’ll be asking themselves, ‘What’s next?’ ”

That peril helps explain why U.S. and other officials have been cautious in trumpeting the declining foreign-fighter numbers.

French Interior Minister Bernard Cazeneuve announced this week that there was “a fourfold decrease” in the number of French citizens who have traveled to the Islamic State’s domain in the first six months of 2016, compared to the 69 fighters who did so over the same period last year.

Rather than celebrate, however, French officials have been bracing the public for what could happen if some among the almost 700 French citizens or residents who are still fighting in Syria and Iraq decide it is time to come home.

“Their return represents an additional menace for our national security,” said French Prime Minister Manuel Valls, whose country has been hit by repeated terrorist attacks in the past two years.

One European law enforcement official said that although the number of people departing for Syria has been dropping, the security threat may simply be changing, not diminishing.

“If you look at one side, fewer people leaving would also mean fewer people getting radicalized and also being passed out from Syria and Iraq to commit attacks,” said Wil M. van Gemert, the head of the operations department at Europol, the European Union law enforcement agency.