You are here: Home / Senza categoria / Flow of fighters from Europe to Islamic State slowing down 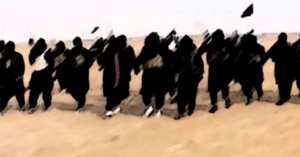 The Islamic State of Iraq and the Levant (ISIL) has attracted 30,000 foreign fighters from over 100 countries in the world since 2011 amid a decrease from Europe but an increase from Russia, particularly among Chechens, NATO sources have told the Hürriyet Daily News.
The group also attracts women, sources said, adding that about 25 percent of the people who come from Europe to join ISIL are women. A large number of them are reportedly under 16 years old.

“The jihadist group currently controls the fate of between 5 million and 7 million people. It functions as a government and as a state, even if we don’t like to call it a state,” a source said.

“It attracts revenue from professional local taxation services and through local resources. In Syria and Iraq it controls water supplies,” the source added.

ISIL does not only destroy artistic treasures in Palmyra and other ancient sites, but gains money from the illicit sale of removable and marketable treasures. Last year, it also earned 250 million dollars in ransom money and 2 million dollars a day from illicit oil transfers out of the region, according to NATO intelligence information.

“ISIL now operates a kind of hybrid organization. It has military, tanks, aircraft and other equipment mainly stolen from Syrians and the Iraqi military, which was mainly supplied by the Americans.

“It can quickly change tactics as we see in response to airstrikes, producing small units,” the source said.

International efforts aimed at tackling the jihadist threat have largely failed to stop the flow of new foreign fighters seeking to join terror groups in Syria and Iraq, as their number has practically doubled since 2014.

In 2014, the number of foreign fighters in Syria was estimated to be 15,000. The U.S. led anti-ISIL coalition has reportedly killed some 10,000 jihadists, but the group easily replenishes its ranks at a pace of 1,000 a month.