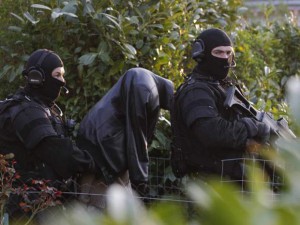 Five people have been arrested over alleged plans to attack several nightspots in France.

The men are said to have been plotting the terror attacks outside the French city of Lyon before leaving for Syria.

A French official said four men and a woman had been held, adding that they had already bought bus tickets to join Muslim extremists in Syria via Bulgaria and Turkey.

He added the five were also trying to obtain weapons to attack French nightspots.

At least some of the five were already on the radar of French intelligence for extremist views, he said.

European extremists with the Islamic State group returned to France to carry out the November 13 attacks that left 130 dead in Paris, most at a rock show and bars and restaurants.