You are here: Home / Europe / Five jihadists get Dutch nationality back 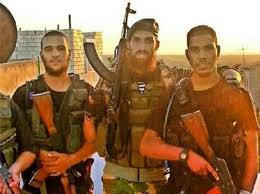 Five persons recently officially regained their Dutch nationality, according to a decision published in the Staatscourant on Monday. These persons’ Dutch nationality was previously revoked because they joined terrorist organizations in Syria and Iraq, NOS reports.

A spokesperson for the Ministry of Justice and Security could not confirm to NU.nl that the five persons involved are or were indeed jihadists.

Former State Secretary Mark Harbers was previously reprimanded for incorrectly revoking the Dutch nationality of two men who joined banned groups in Syria and Iraq. In April the Council of State ruled that their Dutch nationality had to be returned because the groups they joined were not banned at the time they joined them.

Harbers’ successor Ankie Broekers-Knol told NOS that these five cases are comparable to the two the Council of State ruled on.

According to the broadcaster, the five persons involved are all men who have both Dutch and Moroccan nationality. Among them is Driss D. from The Hague, who is believed to have died in Syria in 2015.