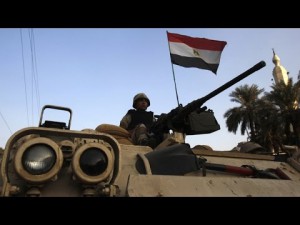 Five police officers were killed in Egypt’s North Sinai province in an attack on a checkpoint carried out by militants affiliated with the Daesh (Islamic State) terrorist group, local media reported.

Egypt has been conducting anti-terrorist operations in North Sinai for the last two years, particularly against Wilayat Sinai, a Daesh-affiliated militant group. Daesh itself is outlawed in a number of countries worldwide, including Russia and the United States.