You are here: Home / Europe / Five Dutch jihadis a month are still heading for Syria, Iraq 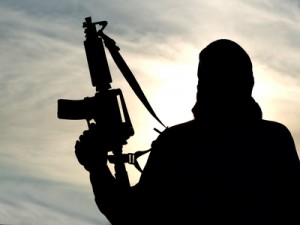 Around five people a month are still managing to leave the Netherlands and join jihadi movements in Syria and Iraq, according to the latest briefing from the Dutch counter-terrorism organisation NCTV. The briefing states that by August 1, some 210 people are known to have made the trip and 35 have returned home.
The death toll among Dutch jihadis is currently put at 38. The briefing also states that a number of people who wish to go to Syria and Iraq are being prevented from doing so by the authorities. This group may become frustrated and pose a risk to domestic security, the NCTV says. However, most of those who have returned to the Netherlands would not appear to be a direct threat.
‘In the first half of this year there were no returnees,’ NCTV director Dick Schoof is quoted as saying. ‘This may because it is difficult to get permission to leave the caliphate and because the risk of prosecution in the Netherlands acts as a deterrent.’