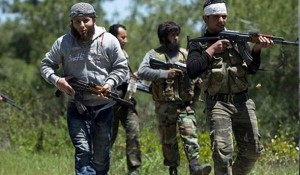 Five Boko Haram terrorists undergoing training in Iraq were on Wednesday, May 13, 2015, killed by a vigilance group, the Mosul Youth Resistance Movement.

According to agency reports, the Boko Haram members were said to have been receiving training from the Islamic State terror group (ISIS) before their death in the Dargaza area of Eastern Mosul.

“The Nigerian Boko Haram militants were in Mosul to take part in a military training course conducted by Islamic State (IS),” spokesperson for the Kurdistan Democratic Party (KDP), Saed Mamuzini reportedly said.

Boko Haram pledged its allegiance to ISIS in March via an audio statement.

The group’s leader, Abubakar Shekau, is believed to be on the run. His escape from Nigeria was supposedly aided by ISIS operatives.