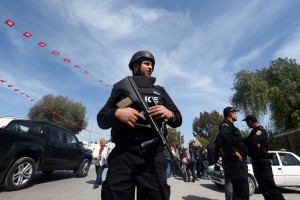 Following the political dialogue, Messrs. Christian Leffler and Gilles de Kerchove, accompanied by EU Ambassador to Tunisia Laura Baeza met with Prime Minister Habib Essid “to confirm the conclusions of the political dialogue and the mutual commitment to expand co-operation in this field,” said the press release of the EU Delegation to Tunisia.

“The European Union and Tunisia held today (Monday) a high level enhanced political dialogue bringing together all their components services to share their respective analyses on the transnational threat of terrorism, take stock of existing co-operation in the security field and discuss the modalities of possible additional actions to meet the challenges posed by terrorism and radicalisation,” reads the press release.

The EU strongly supports the Tunisian authorities in the fight against terrorism, as was again stressed last July by the EU Council in Brussels, in the  presence of Prime Minister Habib Essid and Minister of Foreign Affairs Taieb Baccouche, said the same source.

“Based on proposals of the EU High Representative and Vice-President of the EU Commission Federica Mogherini and in relation to the multilateral works of the G7+3 mechanism in Tunis, the EU seeks to intensify its co-operation with Tunisia through additional concrete measures as part of a future Tunisian national strategy taking into account all underlying factors of terrorism and radicalisation, an inclusive approach involving civil society players in the realisation of this strategy and compliance with the constitutional principles of Tunisia and international standards in human rights and fundamental freedoms.”

Co-operation in the fight against terrorism aims to achieve Tunisia’s priorities, said the same release.

These include the implementation of a national counter-terrorism strategy on the basis of deep analyses of the threat and through increasing co-ordination of all national institutions concerned.

This co-operation also involves the development of a comprehensive strategy to prevent radicalisation, including on the recruitment of foreign terrorist fighters and the issue of their return, by involving all key ministries beyond the security dimension.

It also provides for strengthening the legal approach in the fight against terrorism, in accordance with human rights and the rule of law and improving the efficiency of the criminal justice system in cases relating to terrorism and developing the prosecution of terrorist cases.

It also provides for improving protection and preparedness of critical infrastructure and “soft targets” including in the tourism, industry and transport sectors.