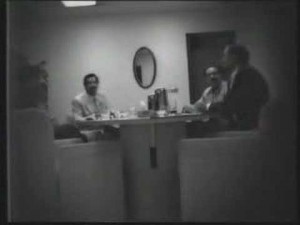 The first Iraq-Russia-Iran-Syria joint intelligence meeting on countering Islamic State group (IS) was launched Tuesday in the Iraqi capital Baghdad, but no Kurdish leader took part in it, says a Kurdish MP in the Iraqi parliament.

“The Kurdish leadership must take responsibility for the absence of Kurdish security officials in Baghdad who did not take part in the meeting,” Hoshyar Abdulla, head of the Change Movement (Gorran) faction in the Iraqi parliament, told Rudaw.

Abdulla, who is also a member of the Iraqi parliament security and defense committee, told Rudaw that “six experts from each country took part in the multi-directed meeting, and each country will lead the coalition for three months.”

“This unit has been assigned to collect intelligence information with regards to IS militants in Iraq and Syria, and the formation of this coalition comes at a time no serious endeavor has been seen from the US-led coalition in striking IS positions in Iraq and Syria,” Abdulla added. “Within two years IS was not eliminated, rather they kept growing and took Anbar in addition to Mosul province.”

He said Kurdish leadership is also responsible in the recent weakness of the Kurdish presence in Baghdad, because “the post of the Iraqi army’s chief of staff is majority Kurdish, but now it is given to an Arab on the commission.”

Abdulla finally criticized the US coalition for not bombing IS on the main Mosul-Raqqa road, because “IS has been easily transporting its militants and weapons suppliers from Raqqa to Mosul, and vice-versa. The U.S. coalition did not manage to destroy that supply line. In this light, Iraq and Syria welcomed Russia’s participation in the fight against IS.”

Meanwhile, Russian Foreign Minister Sergei Lavrov has said Kurds are aware of the coalition and they will have a representative in it, but the chief-of-staff of the Peshmerga ministry told Rudaw that the “Kurdistan region is unaware of the four-direction coalition, and has no member in it.”