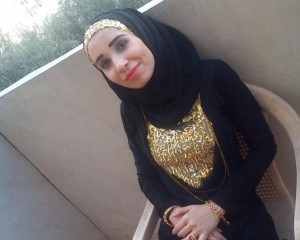 The first female citizen journalist in Syria executed by Isis has been killed after she mocked the terrorist organisation on social media.

Her comment translated to English said: ‘Go ahead and cut off our internet, our messenger pigeons won’t complain.’

Hassan’s family were informed by Isis that she was executed in Raqqa on charges of espionage.

I’m in Raqqa and I received death threats, and when Isis [arrests] me and kills me it’s ok because they will cut my head and I have dignity its better than I live in humiliation with Isis

Hassan is believed to be the fifth journalist who reported on Isis to be executed since October.

Furat al-Wafaa, who was a former member of RBSS, told Syria Direct that Hassan covered ‘all of the revolution’s protests’ and the air strikes on Raqqa.

This news comes just days after the Islamic State released a propaganda video of five men it claimed to be British spies.

The men speak of what their crimes in the view of the Islamic State were before they are shot.

Voice experts believe the masked man weilding a gun in the video is Jihadi Siddartha Dhar from Walthamstow in East London.